Recently, I was lucky enough to connect with former Flyer and current Adler Mannheim player Taylor Leier. Currently he and his teammates are holding on to the number one spot in the DEL with Berlin four points behind them. Taylor played his Juniors for the Portland Winterhawks of the WHL, where he and his team went to the finals every season and won in 2013.

Taylor was then drafted by the Philadelphia Flyers, his fathers favorite team, 117th overall in the 2012 NHL Entry Draft. Taylor played 231 games with the Leigh Valley Phantoms, where in 2017 he was the AHL All-Star M-V-P. He played 55 games with the Flyers where he record 2 goals and 5 assists, before being traded to Buffalo. He played 62 games for the Rochester Americans before COVID-19 cancelled the 2020 AHL season.

Taylor is now currently playing on an amazingly talented Adler Mannheim team where in four games he has recorded 1 goal and 3 assists. Here is the QA I got to do with Taylor:

Mitch: For starters, and it seems like a funny question, how did you end up
getting into hockey? Were there any coaches or influences in your life back in
the day that helped push you to that next level?

Taylor: My dad made our family a backyard rink from when I was 2 until I was
13 or 14. We played every day on it. He skated with me most days out there
until dark. He was and is, my biggest inspiration.

Mitch: You obviously had an incredible career with the Portland Winterhawks,
227 combined points in 262 regular season and playoff games, captain in your
final season, and a WHL championship in 2013. How would you describe that time
of your career?

Taylor: It was honestly amazing. I still have best friends from that team.
Mike Johnston put together an incredible group and we went to the finals every
year. I turned into a man in those 3 years. On and off the ice I learned so
much. 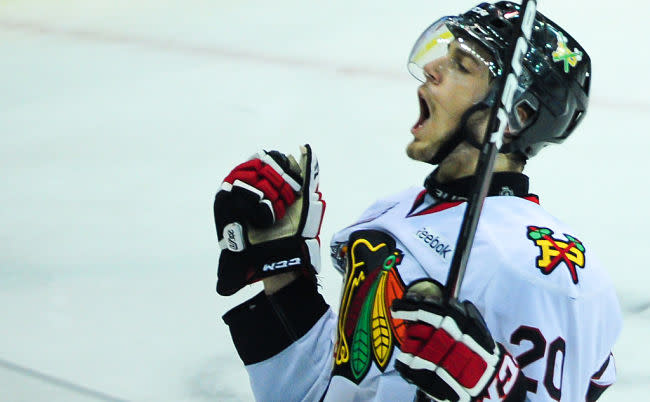 Mitch: You were drafted by the Philadelphia Flyers in 2012, what was your draft experience like? What teams did you interview with and etc. We as fans do not ever really get to hear quiet how amazing of an experience that is for players.

Taylor: I was actually in Czech Republic playing in the Ball Hockey World
Championships. I found out right after we won gold. It was a crazy experience
finding out there. I wasn’t projected to go in the first couple rounds, so I
decided not to go to the draft. I was talking to probably 10-12 teams but did
not have an idea as to where I was going. Amazing feeling being drafted by the
Flyers. They were my dad’s favorite team, and he was also there to experience
that with me.

Mitch: How did it feel getting the chance to represent Canada at the WJC’s in 2014?

Taylor: Pretty surreal. I did not get invited to summer camp but had a
really good start to the season and played well in the super series against Russia,
so I was extremely grateful to get one of those spots. Still disappointed we did
not win gold.

Mitch: In the 2014 season you started playing with the Leigh Valley
Phantoms, what was that rookie season like with the team? Were there any
adjustments you had to make to your game coming up from the WHL?

Taylor: I learned a lot that year. The defensemen and the goalies were the
biggest difference for me. Just a total step up from junior and it became a man’s
game. As a smaller guy I had to figure out how to play to my strengths and
contribute in all areas.

Mitch: When you got into the AHL, was there any players that helped in your
transition to the pro level?

Taylor: We had a team with lots of veterans that were helpful and a good group of young guys.

Mitch: You made your debut with the Flyers against the Hurricanes in 2015. What was that experience like, nervousness or anything like that? How was it for you and your family?

Taylor: I played on a Friday night in Lehigh against Rochester. After the game, Shayne Gostisbehere and I found out that we both got called up. I was in complete shock basically. I was mentally invested in our game in Lehigh and we just beat Rochester minutes before I found out. We drove to Philly that night together and flew to Raleigh in the morning and played later that day. I was beyond excited.

Mitch: Can you put into words quite how it feels to get that first NHL goal? It is something many dream about, but few get to experience.

Taylor: It was definitely special, but I was still a little bit bummed that we lost that game. A feeling though, that I do not think that I will ever be able to replicate in my life. I still remember it perfectly. I am very proud of that.

Mitch: What was your favorite memory you had during your time with The Flyers Organization?

Taylor: Probably making the Flyers in 2017-18. I gave the game everything I had leading up to that and I was so excited and grateful that Philly gave me that opportunity. Wearing that jersey was such a crazy feeling. Had to pinch myself sometimes. I literally thought of that moment so many times leading up to that. We started the season in Cali on a road trip and just the lead up to the season and being with the team was so fun.

Mitch: You had the chance to represent the Phantoms at the 2017 AHL All-Star weekend in Allentown, PA, you were also named All-Star Challenge MVP. What was that experience like in front of the hometown fans?

Taylor: It was very special. I did not expect to get MVP but when I got it, the crowd was chanting M-V-P and the Lehigh fans were great as usual. The guys were great, and it was so cool that the whole weekend was in Lehigh.

Mitch: You were with the Flyers for quite some time before the trade with Buffalo, what was the transition like going to play with Rochester Americans after being with the Phantoms for as long as you were?

Taylor: I had mixed emotions at first. The Philly/Lehigh area was my second home, and it was tough to leave at first but once I got to Rochester, they had a great group of guys and I really enjoyed it.

Mitch: Were there any big differences playing for the Sabers AHL club as opposed to the Flyers?

Taylor: Not much difference to be honest. 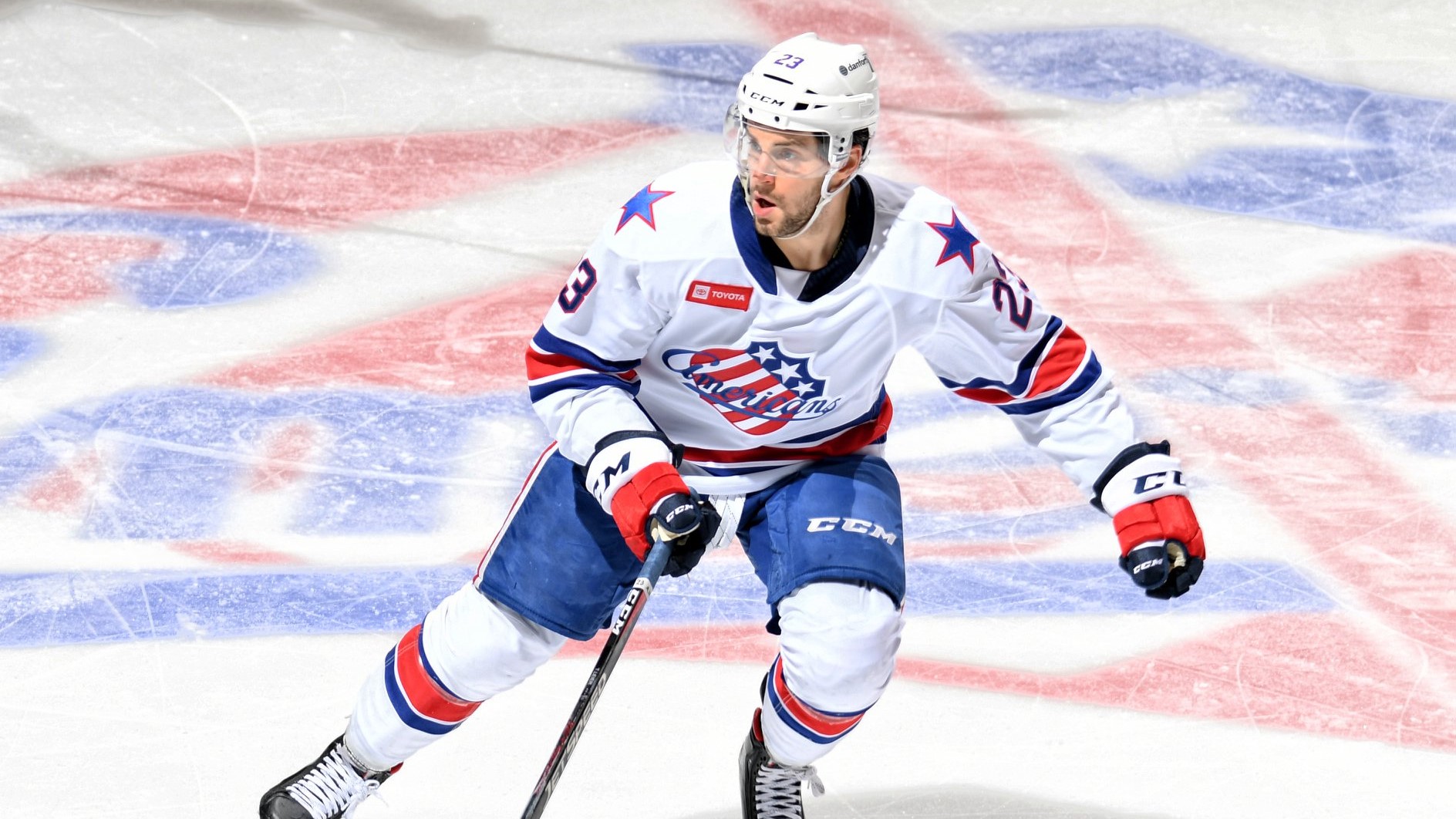 Mitch: Obviously, hockey was brought to a grinding halt last year thanks to the COVID pandemic. Where you when and how did you feel when word came down that the AHL season was being put on hold and inevitably canceled?

Taylor: We were told in Rochester and stayed home from the rink for a couple days before going to our hometowns. It was difficult because we had a really good team. Obviously disappointing.

Mitch: During the pause in play, what did you do to pass the time? Pick up any new hobbies or were you just getting ready for the next season and taking the time to catch up on your fishing game?

Taylor: I switched up my training more than usual to try some new things, and of course fished a lot and golfed with my buddies most days. Lots of time at my families cabin and more family time than usual as well which you can never get enough of.

Mitch: You have taken your talent overseas, playing a few games in the ELH and now playing for Adler Mannheim in the DEL. What made you decide to do that? Did the pandemic play any part in your decision?

Taylor: It was a difficult year to be a free agent, but my decision ultimately came down to wanting to play with a great organization and play as many games as I can and try to win. Happy to be in Mannheim. 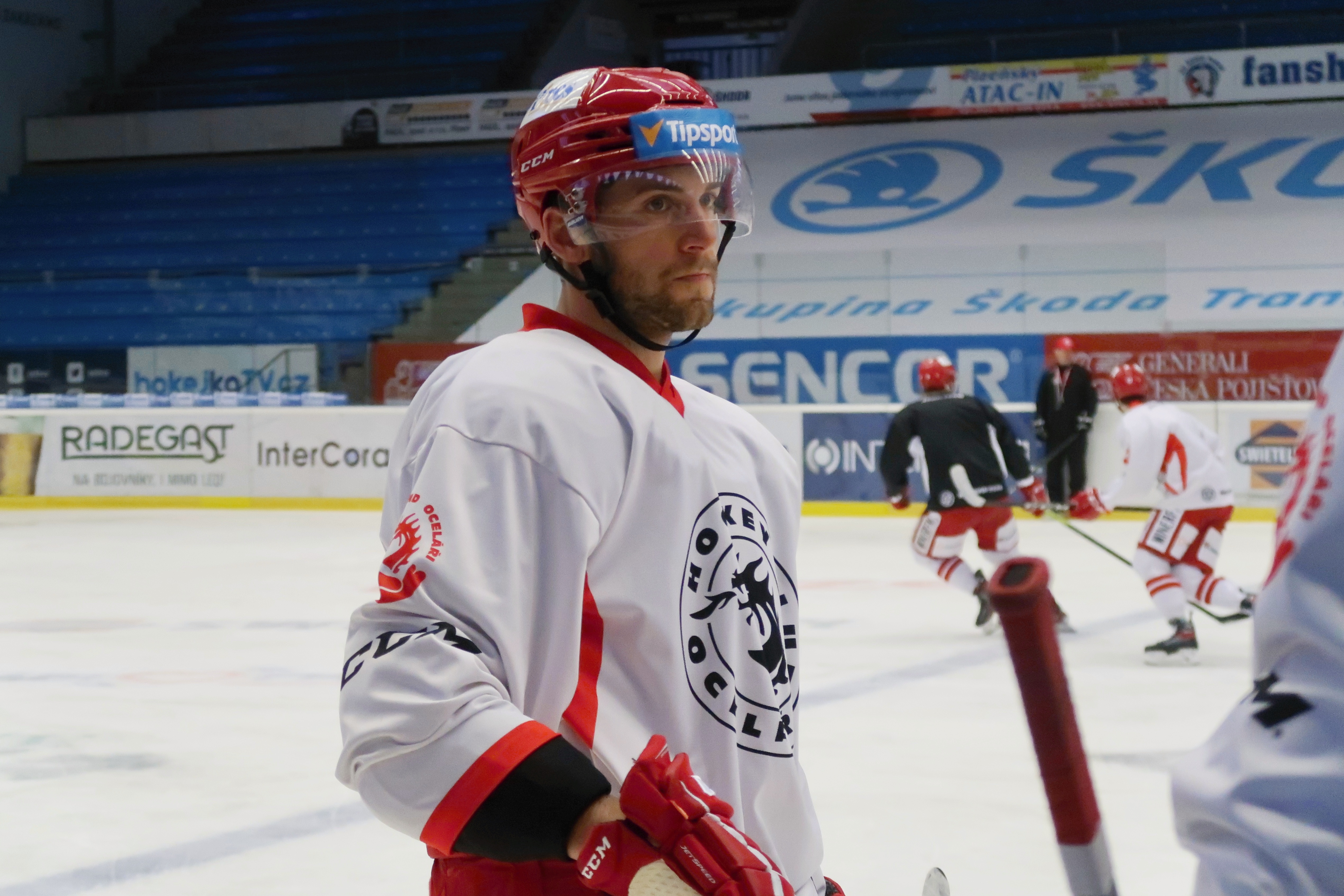 Mitch: Are there any big differences from playing in North America as opposed to playing in Germany?

Taylor: Obviously, the ice surface, its bigger over here so you have to adjust. The play style is similar and fast so I am enjoying it.

Mitch: What do you think will be Mannheim’s biggest challenge this season as you guys are going through the season and hopefully a deep DEL championship run?

Taylor: Just staying consistent. We are in first right now and want to maintain that into playoffs. I am still figuring out all the teams in the league but from what I have seen all the teams are good and have been competitive every game.

Mitch: We all know hockey players are pretty particular about their gear, is there anything you are super picky about when it comes to your equipment?

Taylor: Not really to be honest. My sticks, skates and gloves are the most important. Those 3 are where I get most of my feel for the game.

Mitch: Do you have any pregame rituals you do? What is your go to pregame meal?

Taylor:  My pregame meal is pretty standard. Usually eat around noon. High carb of course. Salad, lots of white rice, a veggie which is usually broccoli, and chicken thighs. Then a snack before the game like oatmeal or something smaller.

Mitch: What do you do in the offseason to pass time? Also, what is the biggest fish you have ever caught?

Taylor: I honestly love training, so I do that most mornings. Skates are usually in the afternoon. Some days are at the gym with other players, others by myself if I want to switch it up. I play a lot of tennis and golf. Those are fun times with buddies and also, I go fishing a lot. Love to put my phone away and relax on the water with a friend or two. There is a lot of pictures on my Instagram of some fish, but I think around a 20-pound Pike. I only fish freshwater primarily in Saskatchewan. Saltwater would be cool if I ever get more into it or an opportunity.

Mitch: Do you have any advice for some of the younger players out there just starting or getting into hockey?

Taylor: If you want to make hockey a profession, commit 100% and give yourself every chance to succeed. Find things that help you enjoy the game and be a great teammate.

Mitch: Finally, Taylor, what has been you most memorable or favorite moment in hockey thus far?

Taylor: Probably winning the WHL championship in 2013. Some of my best buddies still were on that team and we had such a fun group and so much success. Our team and fans in Portland were second to none and made us feel like we were in the NHL but were still in junior. Looking back on it we were so fortunate. Such a special 3 years there.